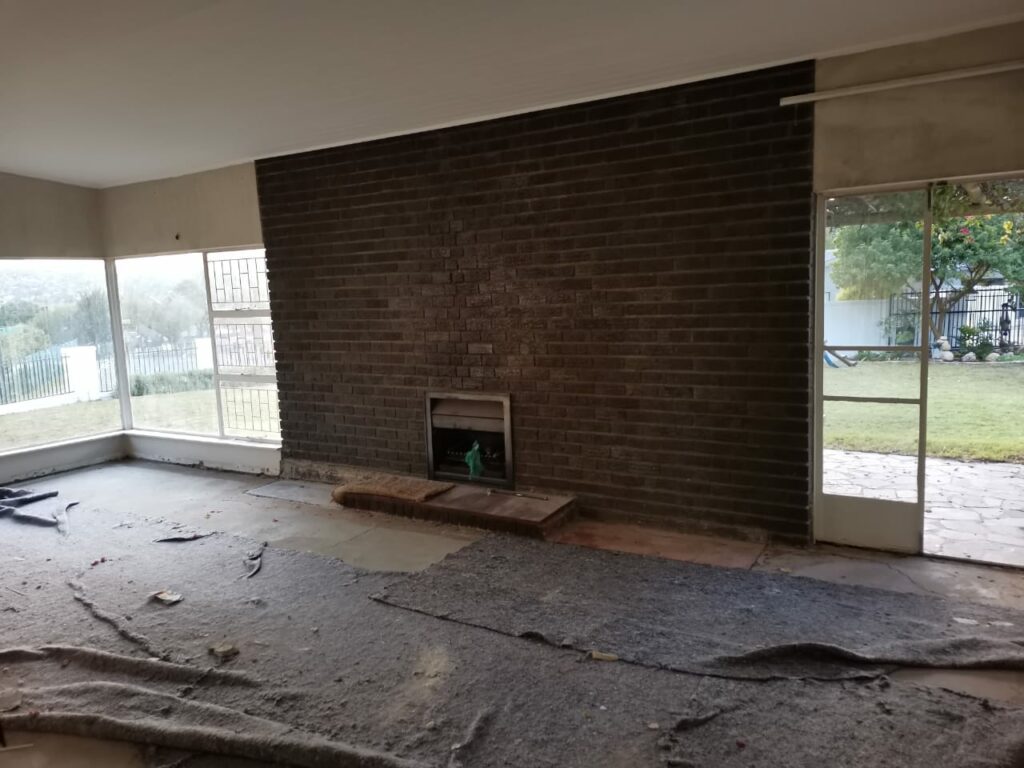 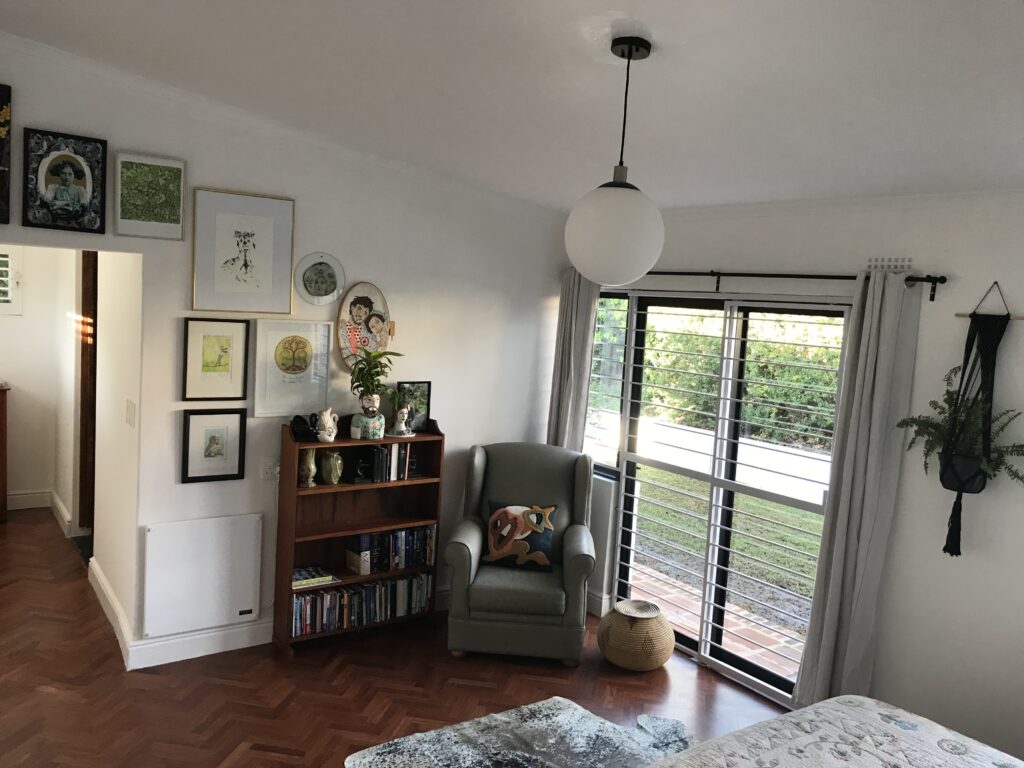 When we first set foot on this bright property in Kenridge, we were smitten. It had a lovely view, a large plot and reminded us of our holidays in the Karoo. But the house – a sturdy 60-plusser – was described by a friend as “a dump”… and that was before a fire decimated the…

When we first set foot on this bright property in Kenridge, we were smitten. It had a lovely view, a large plot and reminded us of our holidays in the Karoo. But the house – a sturdy 60-plusser – was described by a friend as “a dump”… and that was before a fire decimated the kitchen halfway through transfer!
The house featured old carpets, a sinking floor in the lounge, a cramped little kitchen and some pretty dodgy electicity. But we were in love, and knew the “dump” had hidden beauty to reveal.
So we set off – my wife, Nina, had to learn all the ins and outs of the building trade because I was occupied with major professional exams – to transform the old dame.
We had the sinking floor taken out to the soil and relaid and broke out a wall to open the tiny kitchen and its lovely sunshine to the living room. We enlarged the entrances to the passages, creating breathing room in what was a dark space. We replaced all outside doors with large glass doors to allow the natural light in and painted the walls and ceilings white (it cost 460l of paint!) to bind it all and create a calm, airy feel inside.
Some of the great features could be retained, such as the vintage slatstone floor of the passage which now doubles as a library after installing slim, high metal bookshelves.
We were lucky to get hold of salvaged American wallnut parquet which our contracter laid in a stately yet modern herringbone pattern in the main living space, kitchen and the bedrooms. This was rounded off by new skirtings throughout the house.
In the living room, the teensy fireplace was replaced by a properly scaled fireplace with a gracious mantlepiece which creates a beautiful focus piece and binds the living area.
We swapped the living room and dining room around. With new feature light fittings (completed by whimsical moth artworks from the Karoo!) the dining room table emphasises the light and the view out over the Tygerberg hills especially because we did not place any space stealing curtains.
The master bedroom and ensuite was partially redone by the previous owners but some new fittings rounded it off nicely. The family bathroom with its odd layout required some creativity as the budget didn’t allow a full remodel. We decided to retain the original pink colour scheme (although the bath, toilet and basin required 3 re-enamalings to get it “just right”) and complemented it with a funky geometerical black and white tile pattern of Nina’s own design, decked it out with vintage mirrors and cool terrazo style towels and finishes to create a space that is really works.
But our favourite place is probably the sunny kitchen. The new kitchen by Hollywood Kitchens is pink and white and crammed with nifty tricks to utilise the space optimally. This includes hiding the microwave behind fake drawers and creating a tall and deep pantry cupboard. All this allows us to keep the surfaces open and makes the kitchen both pretty and very functional. To tie in the wooden floors, we chose oak door knobs which come alive in warm sunlight. And to bring in a touch of class, we brought in handcrafted wall tiles from Decobella (with faint pink tile cement), pale gold finishes and joyful bright artwork.
The kitchen opens to a courtyard which previously was underutilised. We replaced and extended the roof to create more space for al fresco dining and built a beautiful new braai as the centrepiece. This has been rounded off by strings of lights for a festive vibe.
Elsewhere in the garden, we painted the jungle gym and Nina added macrame rails to tge bridge. We also cleared trees to allow more light into the house and established new beddings with formal elements. This complements the house’s new colour scheme – white walls and roofs to replace the old dark stone, faded brown roofplates and broken fascia boards, with some dark charcoal finishes around the ground and on the stoep to add just the right amount of drama.
All in all, the “dump” has been revealed for the duchess she is… and we couldn’t be happier or prouder! 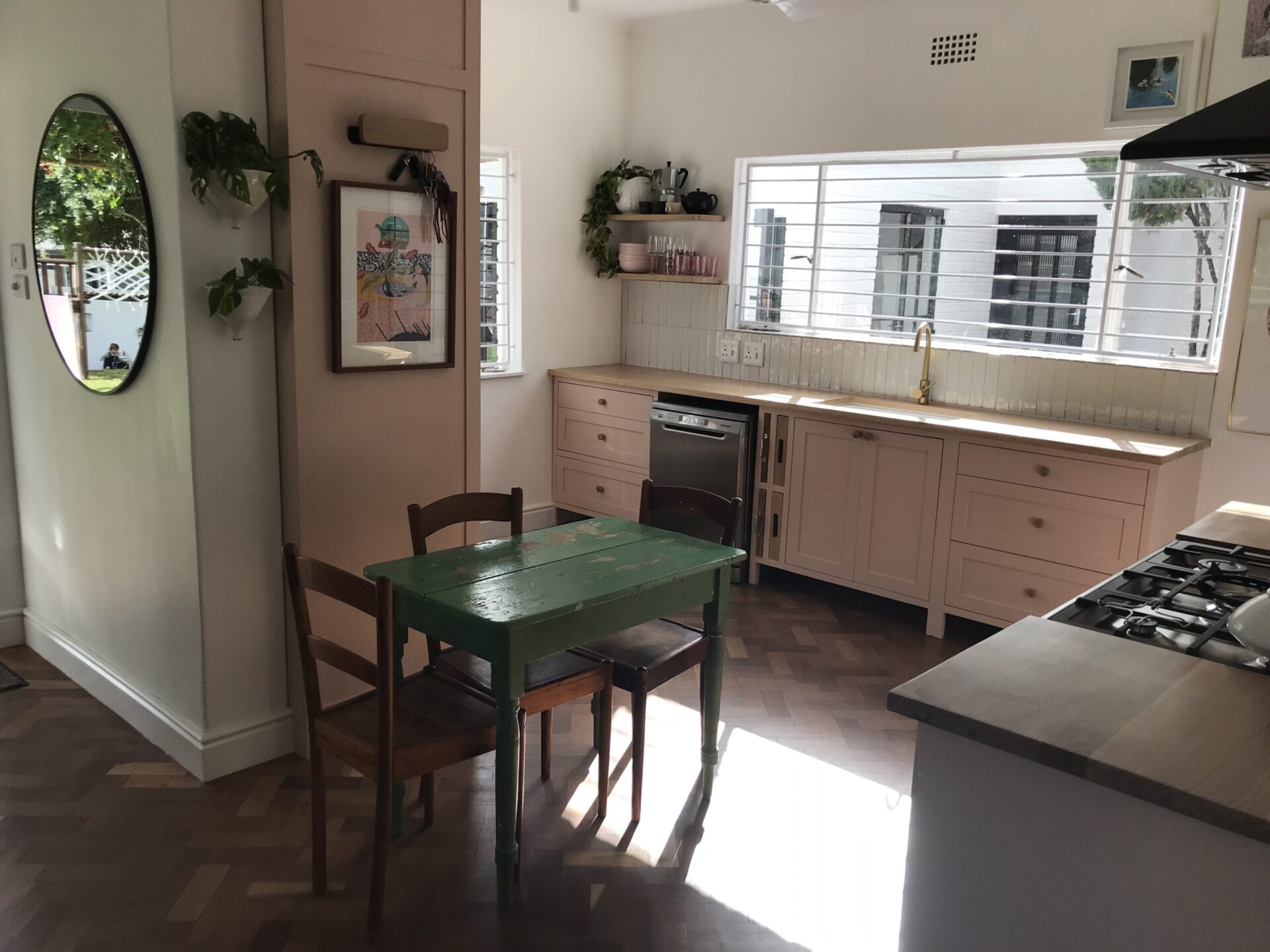 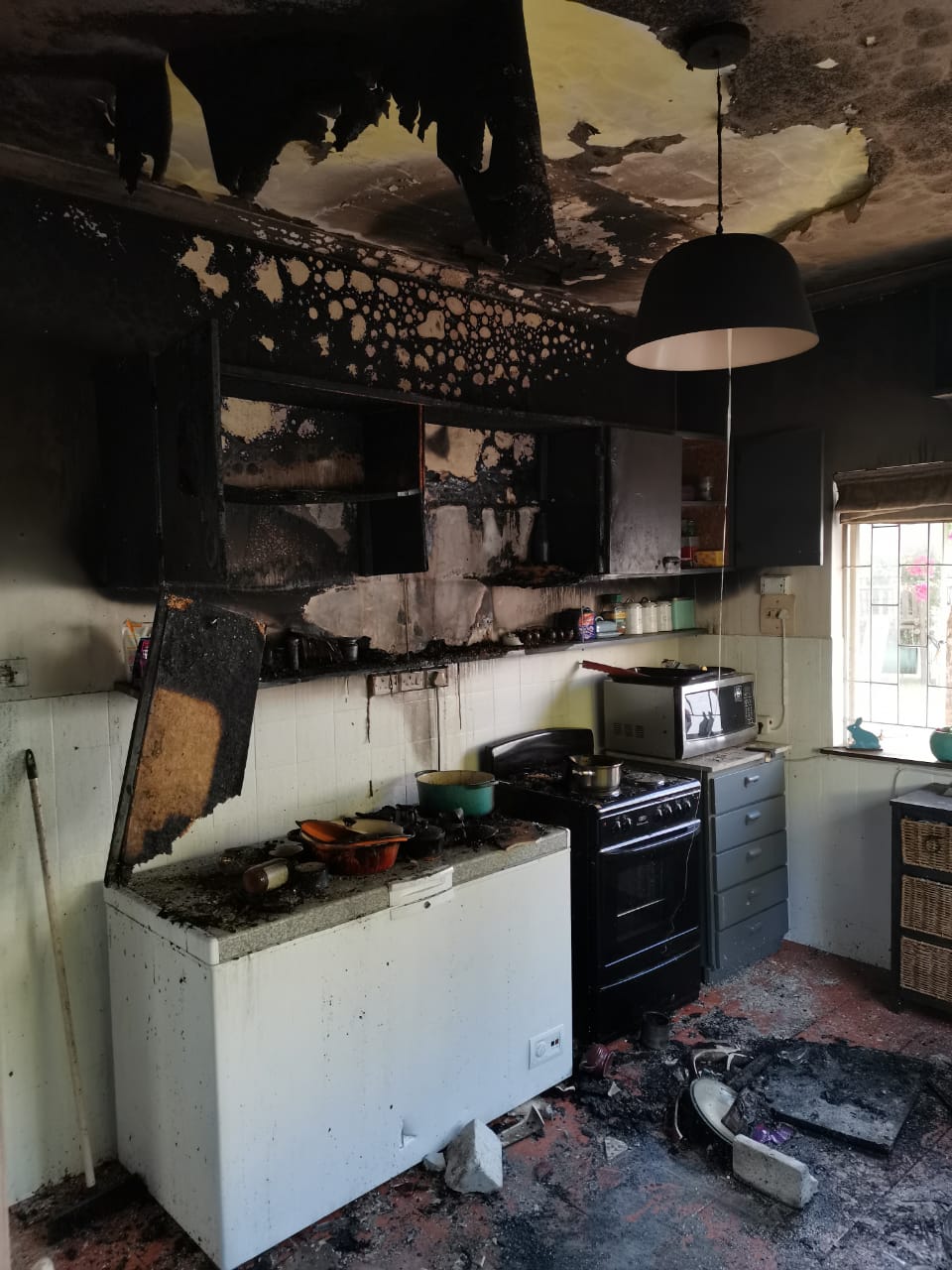 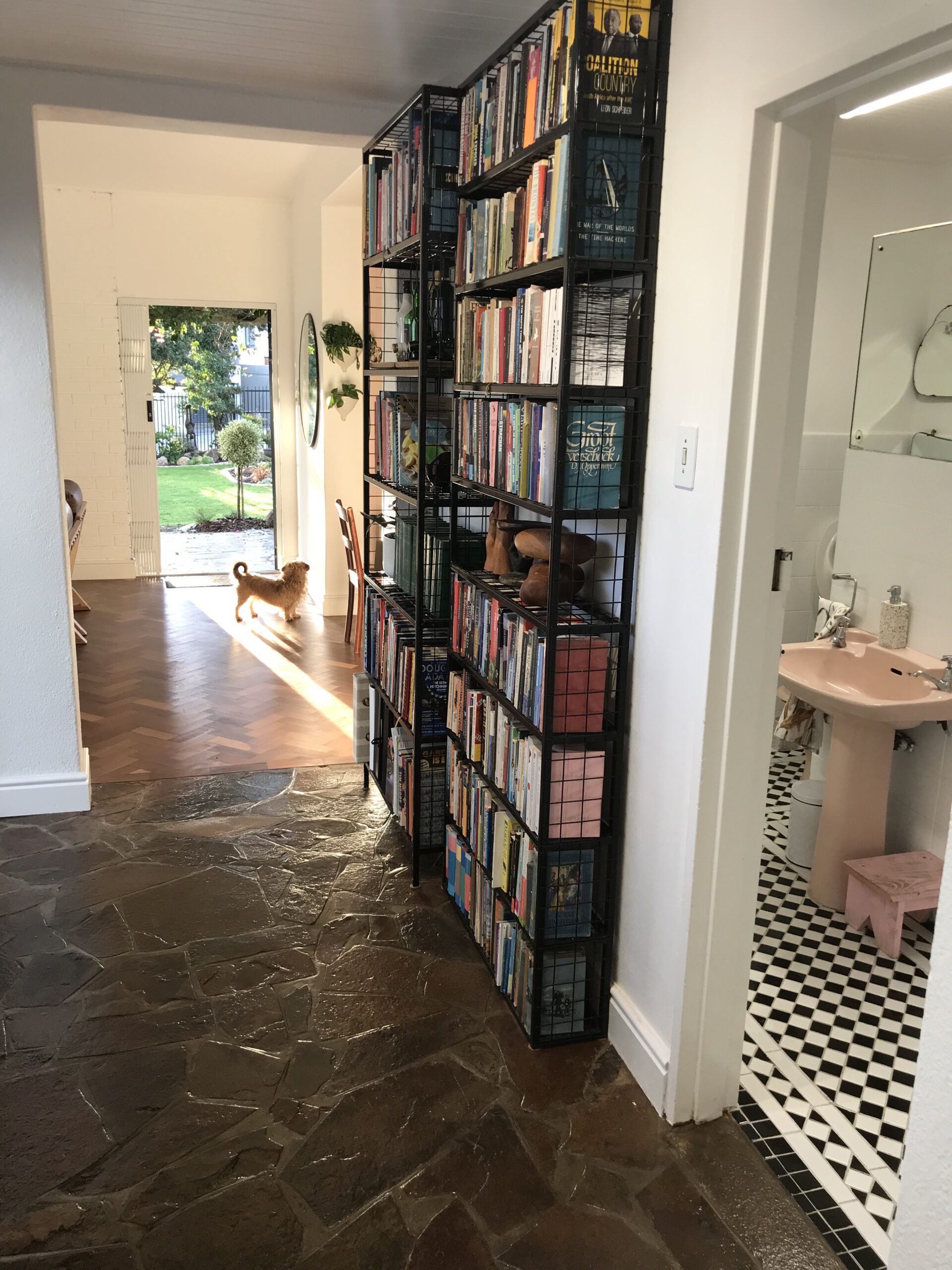 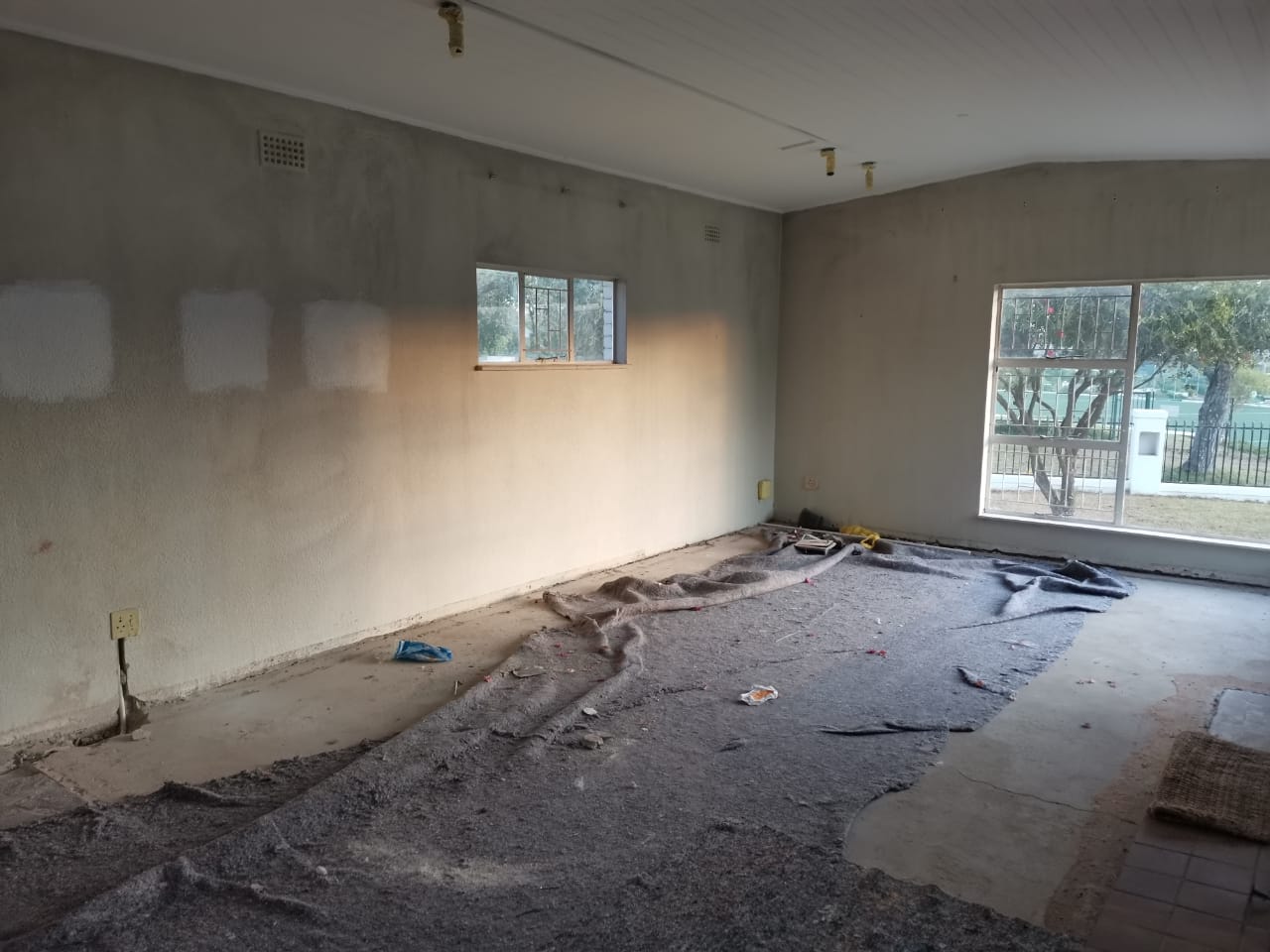 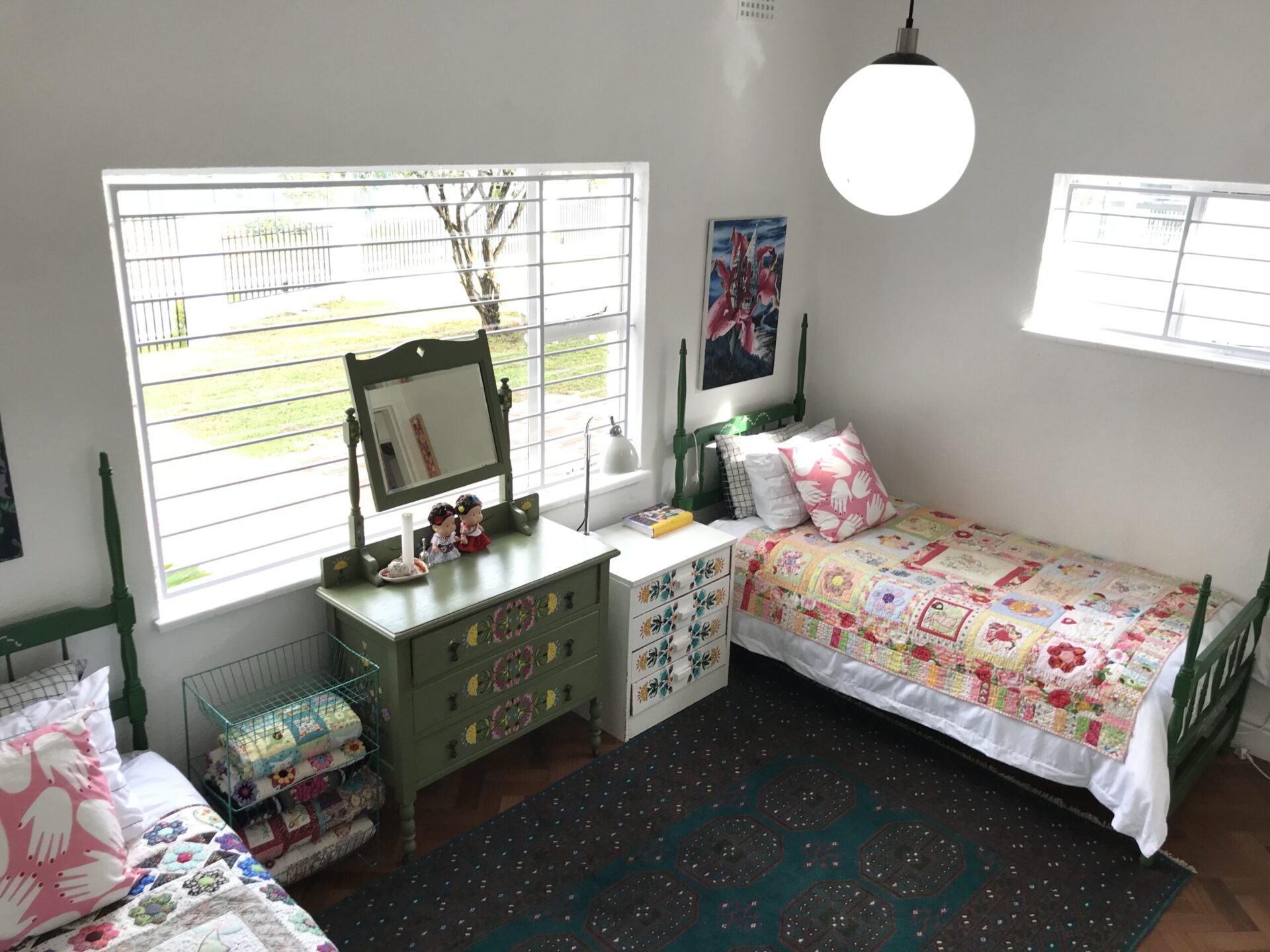 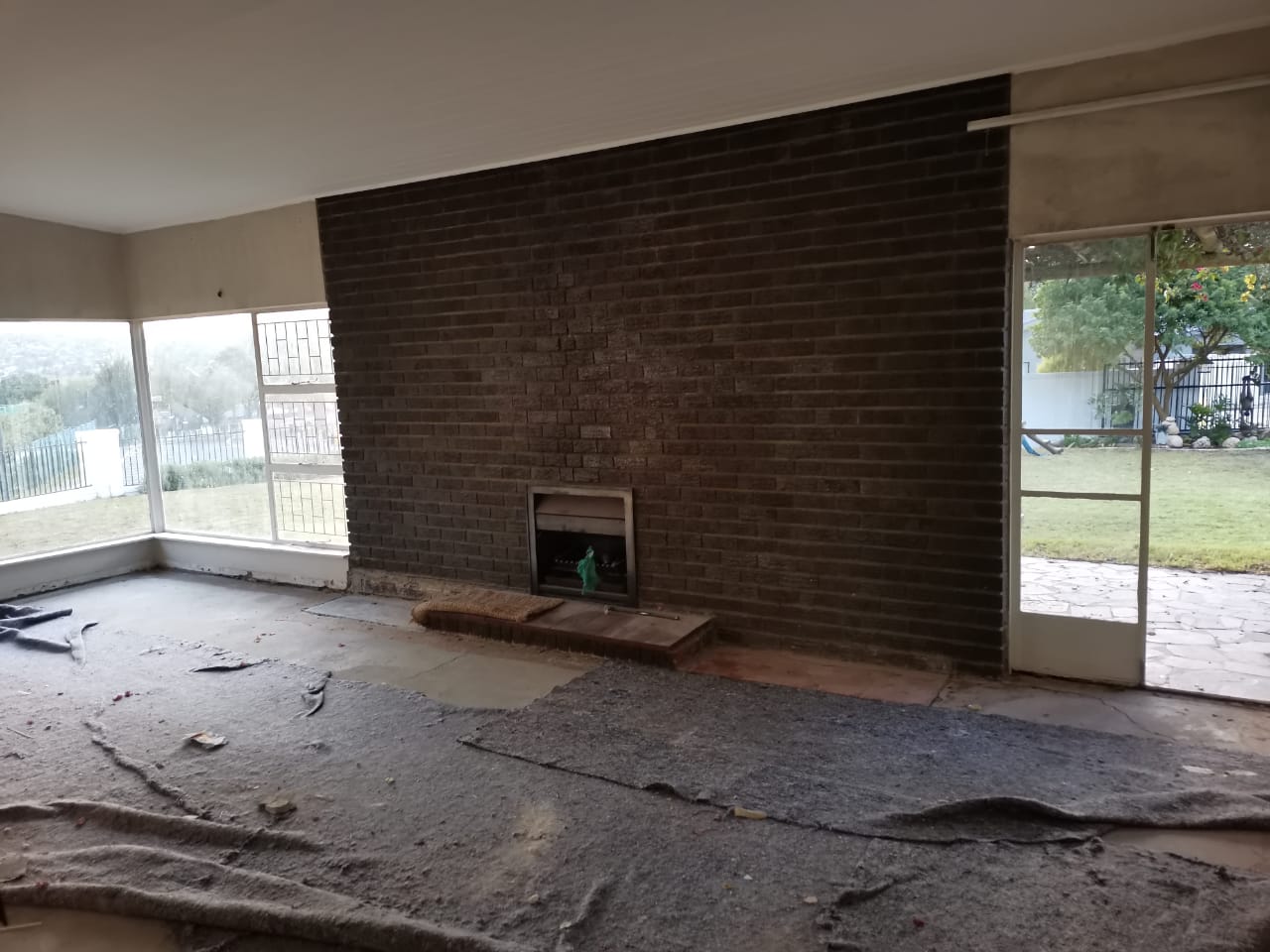 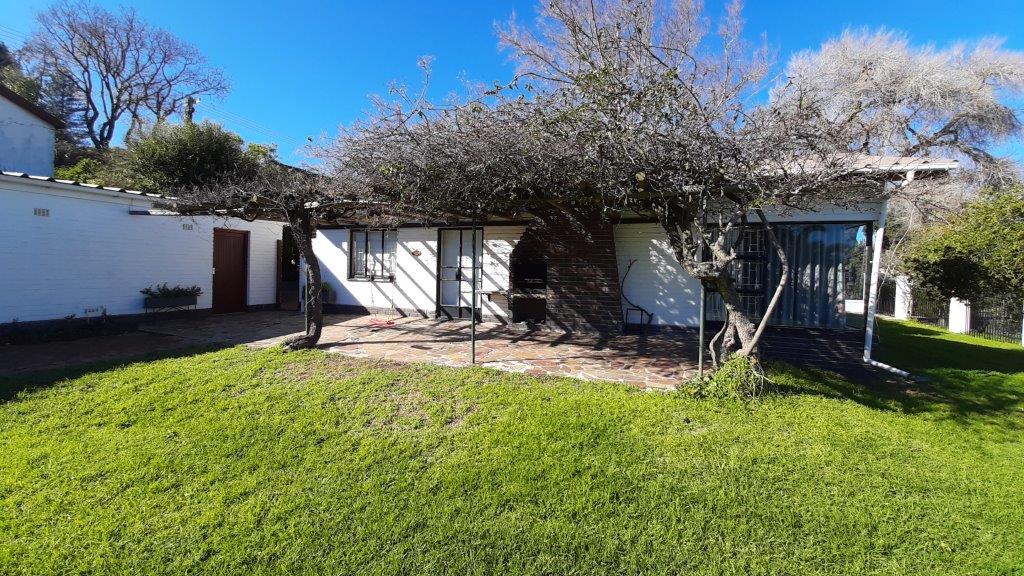 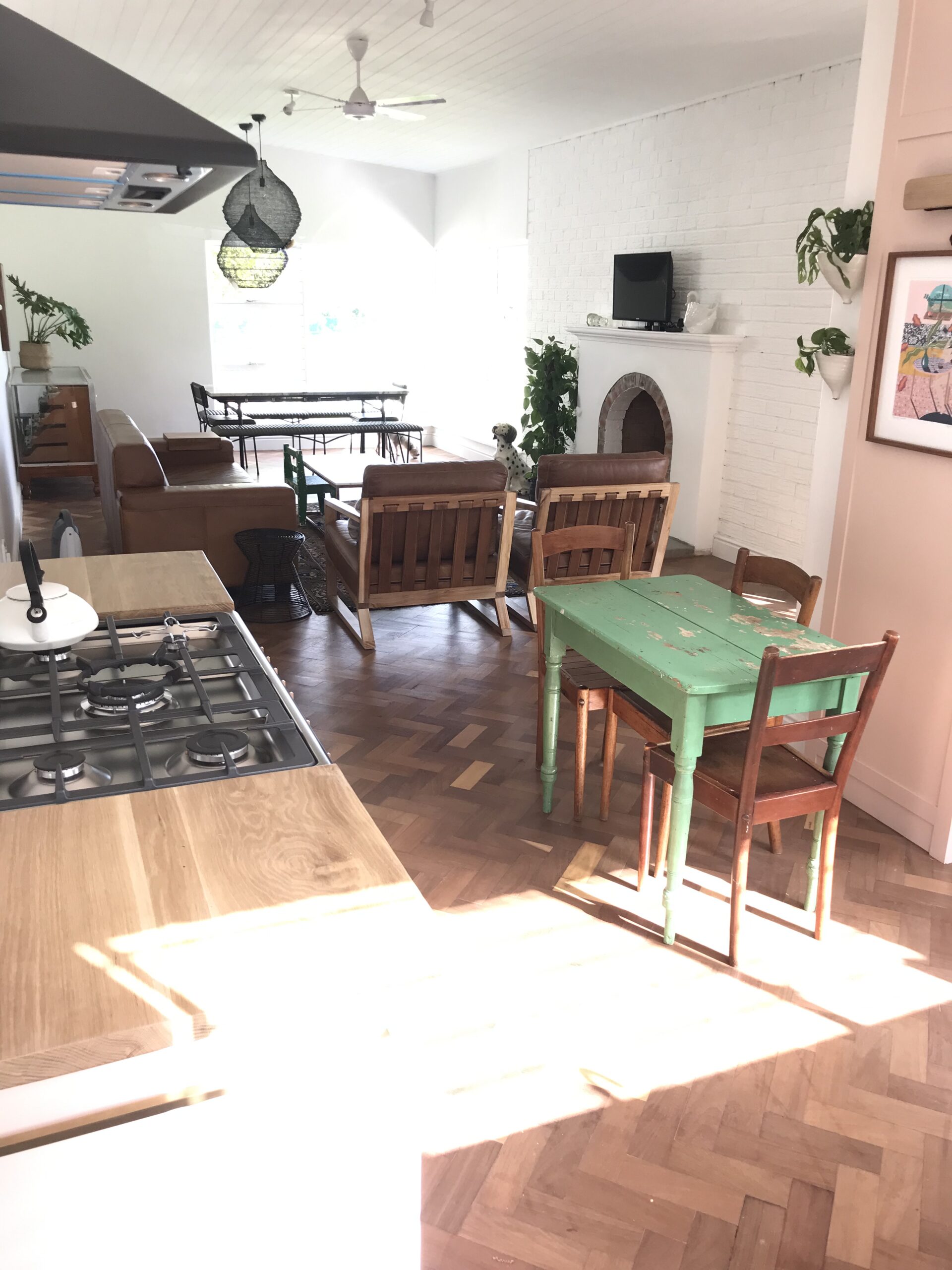 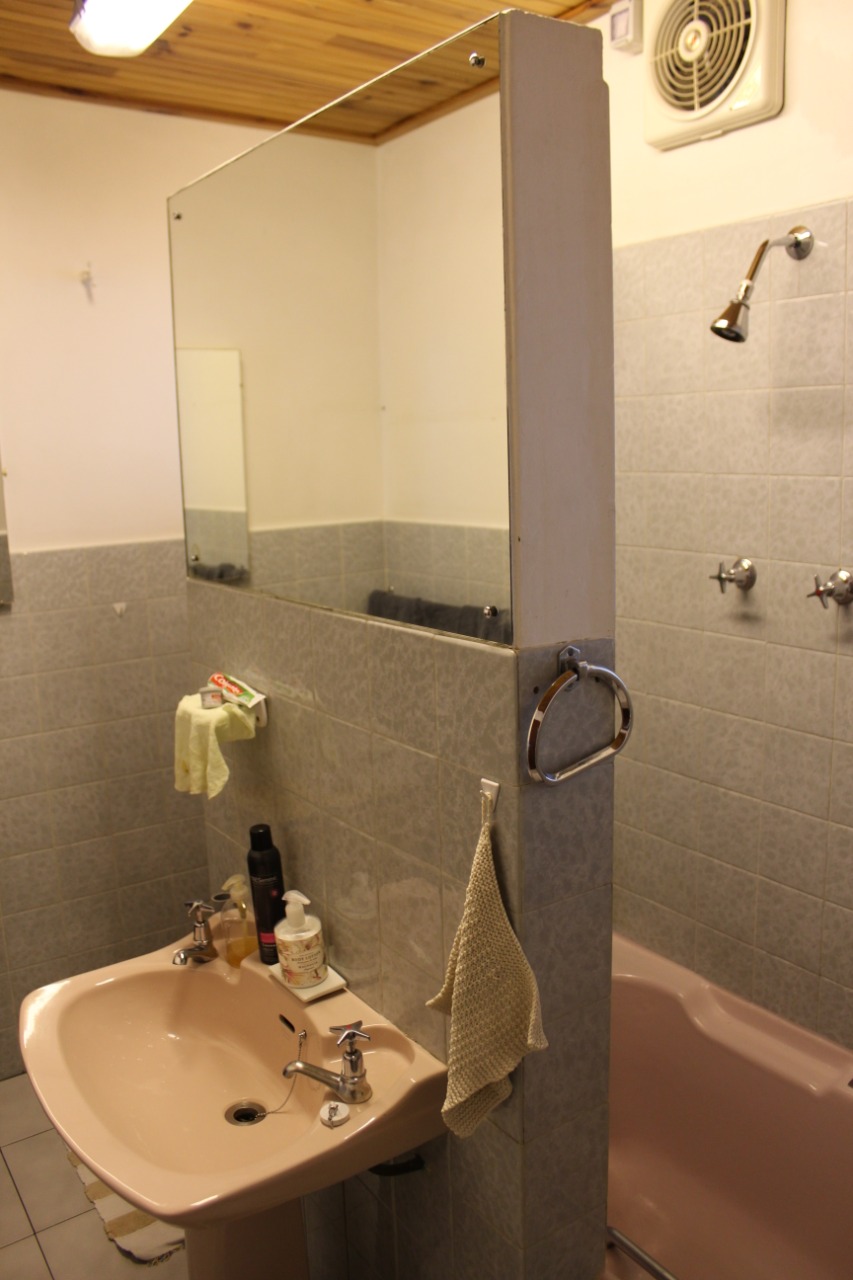 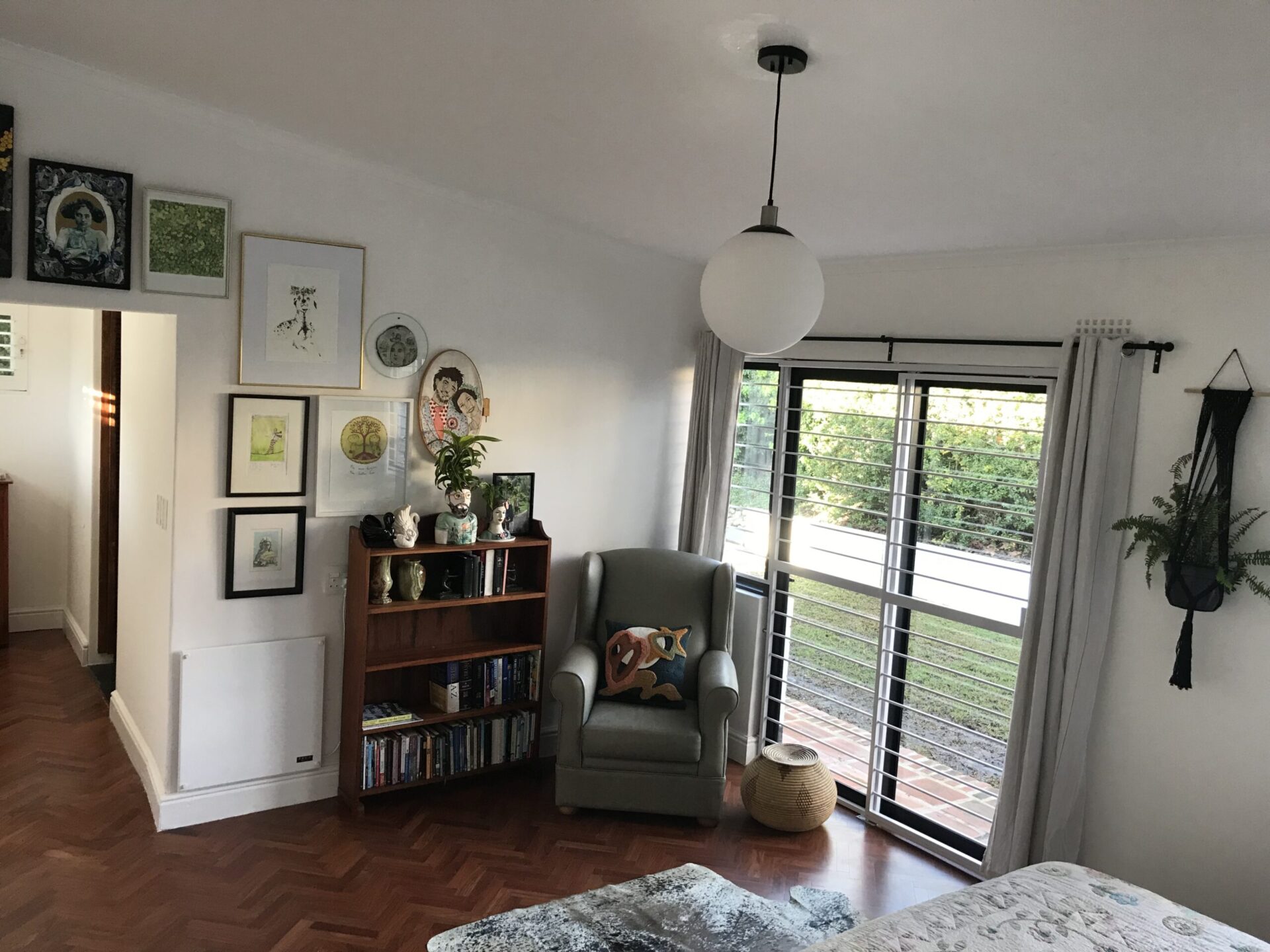 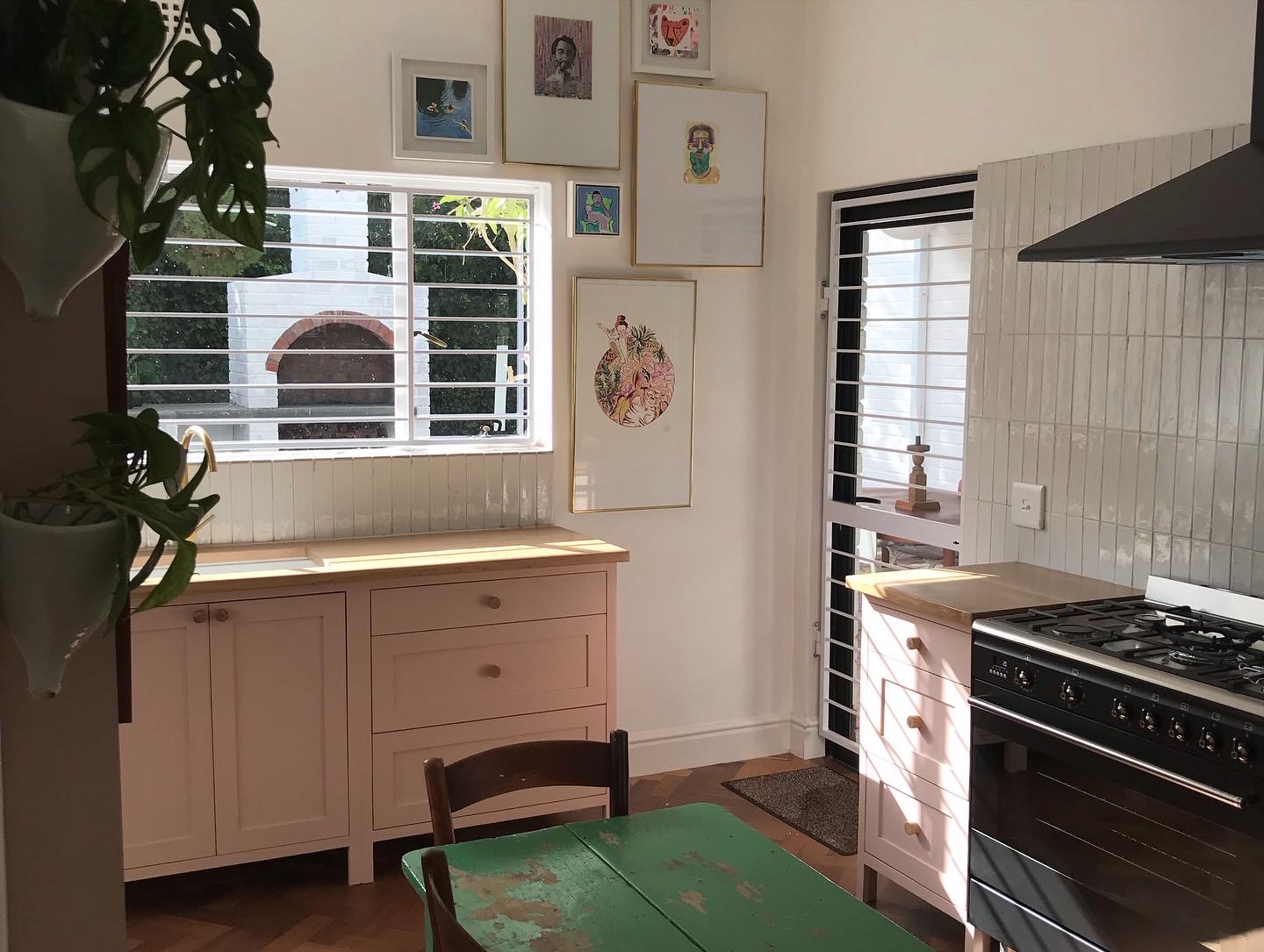 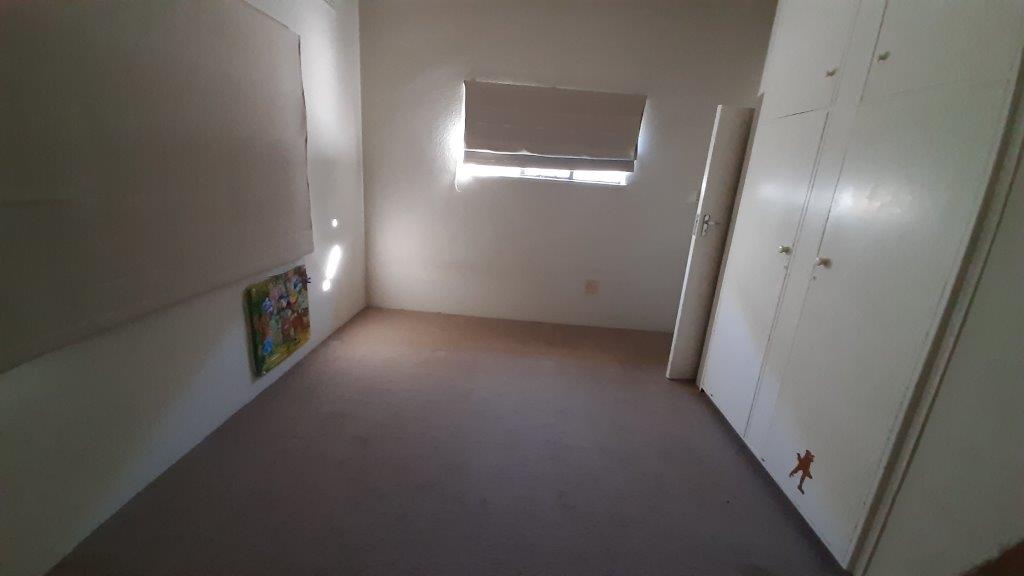